Are outdoor playgrounds a thing of the past? 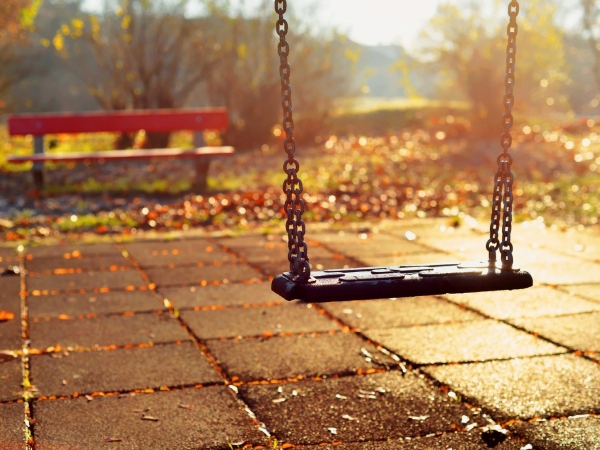 29th April 2020
The Mail on Sunday published an article a year ago this month alerting readers to the fact that ‘a staggering 346 council playgrounds have been axed since 2014 – the equivalent of seven a month’[1].

But has anything changed in the past year? Have we woken up to what some in the industry are calling an obesity epidemic[2] caused by screen time replacing play time[3]?

The Association of Play Industries (API) certainly don’t think much has changed. Earlier this year they launched their Movement for Movement campaign, which is focussed around two key points:

issue an official recommendation of two hours discretionary screen time per day for children
invest in outdoor play provision, especially in deprived areas, to reverse the decline in playgrounds

Back in 2016 they predicted that there will have been a 44% decrease in spend on public play facilities between 2017/18 and 2020/21[4]. These predictions don’t look too far out currently. Even in areas which are not suffering from park closures, the provision for children of all abilities including those with additional needs or disabilities is usually still lacking.

The Chair of the Children’s Play Policy Forum (CPPF) also supports the API’s view, stating: ‘Lack of Play leaves children mentally and physically unprepared to cope with life’[5]. The CPPF has produced a statement this year entitled ‘Play Builds Children’ that is well worth a read
(https://childrensplaypolicyforum.files.wordpress.com/2019/02/play-builds-children.pdf).

In this statement they reveal:

These statements and figures are staggering. As an indoor play centre, it was vitally important for us when setting up Ocean Adventurers soft play that we maximised the opportunities for learning and development.

We were very insistent, for example on having a dedicated area for the role play village because the learning and development opportunities for children, especially between the ages of 4 and 7 is significant.

We also tried to include as many interactive features as possible, from the Trailblazer interactive wall to the Ball Blaster target wall or the screen in the toddler area with educational games – we have tried to bridge the gap between screen time and play time as much as possible.

But we still have further to go. For example, we are currently developing an activity booklet that will reward children with a certificate if they complete the tasks in the booklet, designed to promote different skillsets and abilities.

However, outside of Ocean Adventurers indoor soft play the statistics don’t make for very good reading. Another play industry body, Play England has recently released A Manifesto for Play[6]aimed at trying to encourage politicians to introduce legislation changes. In it they assert:

‘Children are experiencing many barriers to play including traffic, crime, time spent on screens, social segregation, and the busy, structured lives of children and parents. As children’s opportunities to play have reduced, there has been a growth in childhood obesity, mental health problems, and excessive use of screens and social media.’

But as a parent, what can you do to stop this decline? Well the immediate answer is try to provide your children with the opportunities to enjoy a variety of different forms of play, if you are able to. From the local park to a communal green area, which provide free access to play, or even an indoor soft play like Ocean Adventurers, which is open no matter the weather.

The longer term answer is write to your MP, as the upcoming elections are a great time to ask them to tackle the issue of declining play areas in your neighbourhood, and perhaps even support the Manifesto for Play (http://www.playengland.org.uk/wp-content/uploads/2019/09/Manifesto-for-Play.pdf).

One thing seems to be certain – no matter how far technology advances, there will still be a need for physical play activities in future generations. If our play provision doesn’t keep up, however, the impact on children’s weight, mental health and emotional wellbeing could be significant and result in untold damage for our offspring.